Seafood and steak is a classic match. But when it comes to a wine that works for both you might find yourself scratching your head. Here’s the secret for ensuring wine connoisseurs as well as both beef and seafood lovers are satisfied:

Choose a wine that pairs with one of the proteins and a sauce for the other protein. 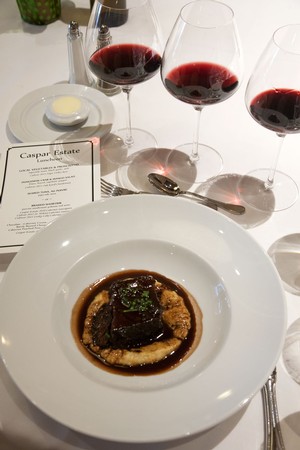 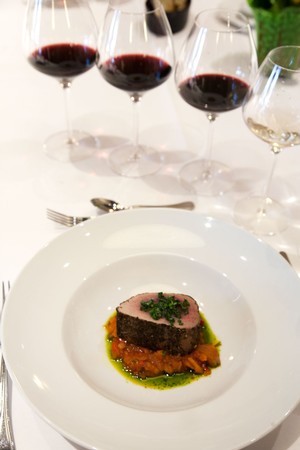 Why the Pairings Work

With these entrees you’re not matching the wine to both of the proteins. The Braised Shortribs are a strong, classic pairing for Cabernet Sauvignon. So, the secret to the pairing for the seared tuna must lie with the sauce. Cabernet Sauvignon does pair with Tuna seasoned with black pepper, but not as strongly as the sauce: a Piperade stew.

Remember when pairing at home to focus on your main aromas and flavors. With the Tuna, the piperade stew, which is made with bell peppers, tomatoes, and onions, is a stronger flavor than the Tuna.