National Cabernet Day is Thursday, September 2nd! In fact, this extraordinary varietal has been celebrated the Thursday before Labor Day for over a decade now. First created by northern California native and branding guru Rick Bakas, National Cabernet Day celebrates all things associated with this amazing varietal.

Based in the Napa Valley, Cultivar Wine and Caspar Estate are fortunate enough to be located in one of the most popular Cabernet growing regions in the world. Not only do our Estate vines produce exquisite Cabernet, the sub-appellations surrounding us bear some of the finest fruit available. This gives us the opportunity to release world-class Cabernets that best reflect their terroir, and really show off the differences in soil and climate.

So for this year’s National Cabernet Day, we thought it’d be fun to take a tour of the appellations where Cultivar and Caspar’s grapes are grown and sourced. Pour a glass of your favorite Cab, and let’s take a virtual journey through the heart of Napa Valley! 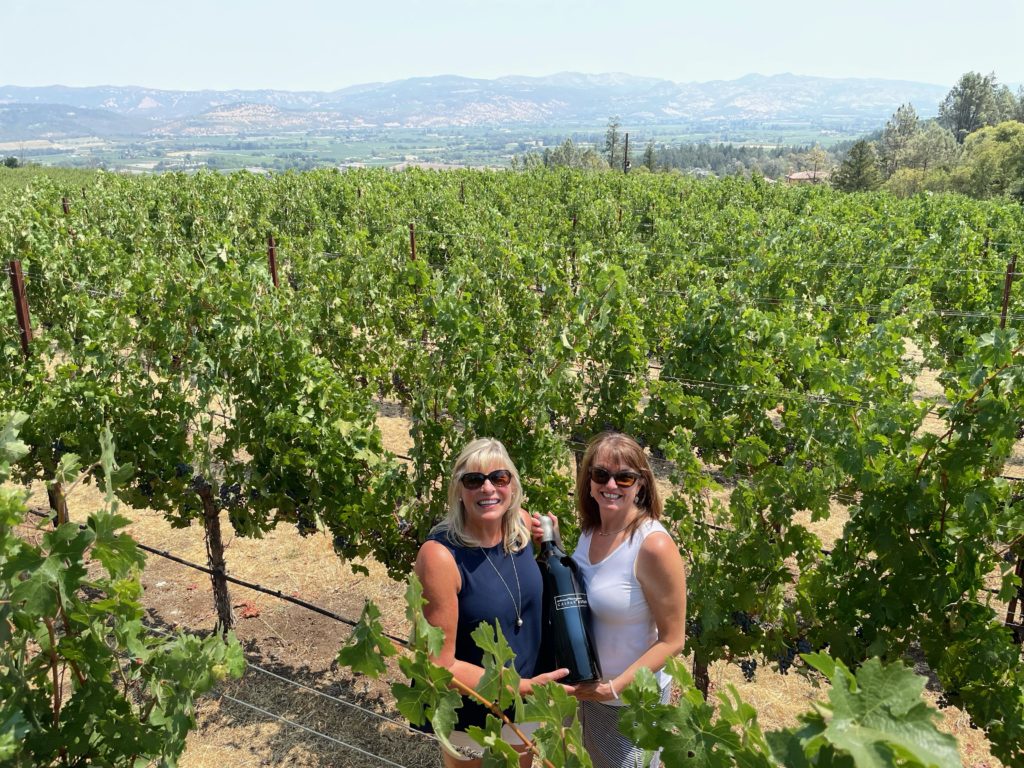 The Vineyards of Caspar Estate

Caspar Estate is our 13-acre vineyard located in the hills above the Rutherford appellation in Napa Valley. Planted 600 feet above the fog line with an exposure 20 degrees off north, the vineyard sees sun from early morning until late afternoon. This ensures even ripeness of the grapes. Furthermore, cool nights help to develop firm tannins and fresh acidity, creating remarkable structure and balance in our Cabernet Sauvignon. Our rocky serpentine soils benefit from a mineral deposit rich in iron and magnesium. This distinctive mineral deposit provides layers of complexity and flavor to wines unique to our site. 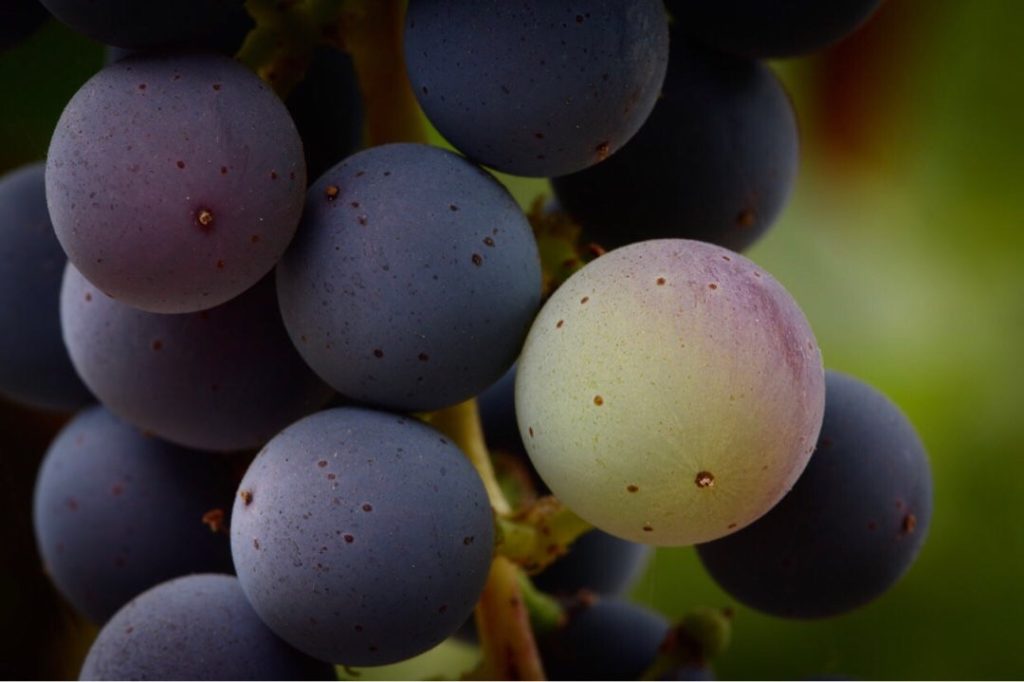 Coombsville, the last appellation in Napa Valley to get its designation, is one of the most diverse AVAs in all the valley. A combination of both hillside and valley vineyards, the area has the unique combination of gravel soil, moderate temperatures, and a constant breeze off of San Pablo Bay.

We like to think of Coombsville as one of the “Goldilocks” AVAs of Napa Valley: not too hot, not too cold, but just right. The volcanic soil also hearkens to Cabernet’s Bordeaux roots, where dense, rocky soil help create both intensity and complexity of flavor. It’s also a combination of both valley floor and hillside vineyards, which allows for blending from different vineyard plots to create wines with character and balance.

We have sourced Cabernet Sauvignon from this acclaimed AVA twice now. First, back in 2012, which was arguably one of the top 3 vintages of the previous decade. More recently, we released our 2017 Cultivar Wine Cabernet Sauvignon, Coombsville Napa Valley. With only 150 cases available, it’s a small-lot release from a premiere vineyard property just off of Coombsville Road in the heart of the appellation. 18 months in barrel and another two years in the bottle have softened this wine up beautifully, making it light enough to sip on its own, yet bold enough to stand up to lamb stew or marinated tri-tip. Another five years in bottle will reveal even deeper complexity. 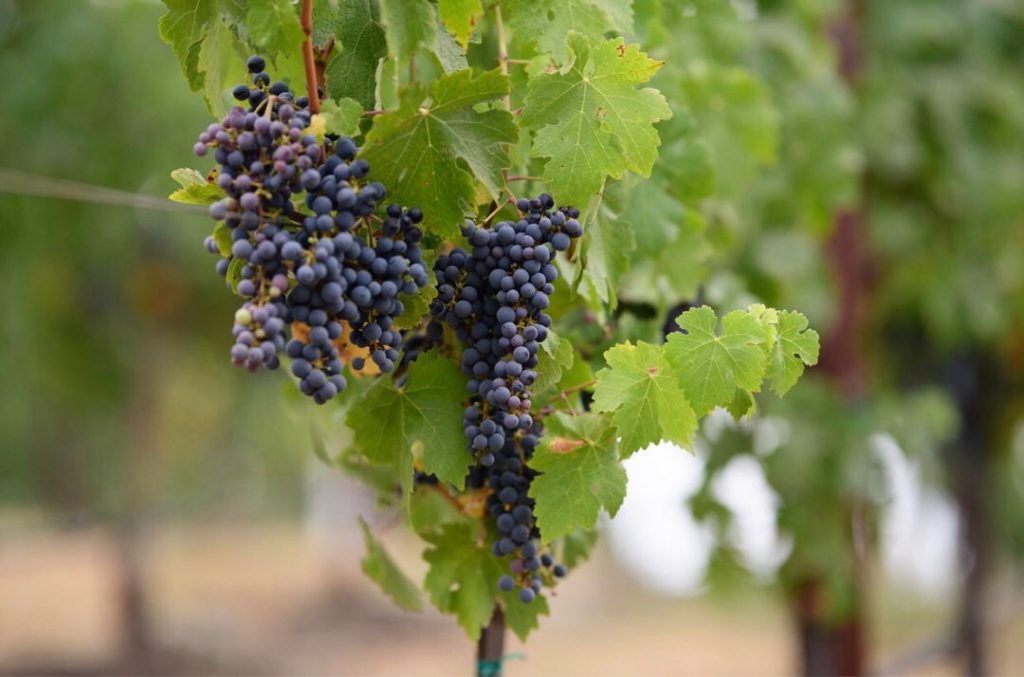 Every Day Is Cabernet Day In Oakville

Oakville is one of the most popular Cabernet growing regions in Napa Valley. Located directly in the center of Napa Valley. It covers a two-square-mile swath of the valley floor and then slopes up another 500 feet into Mayacamas bench and 1,000 feet up the Vaca Mountains to the east. It’s home to iconic vineyards like To-Kalon, and upscale wineries like Screaming Eagle and Opus One.

There are three types of soils that define the Oakville appellation. The breakdown of the various bedrock plates creates residual soils in the hills. Along the margins of the valley, distinct alluvial soils form on the fans, composed of material washed down from the adjoining hills during torrential rain events. Along the axial part of the valley where the Napa River flows are fluvial soils. This soil contains finer-grained loam coming from upstream locations and deposited from floodwaters.

It sounds like a lot of geography, but when it comes to Cabernet grapes, it’s absolute magic. That’s why we sourced fruit from this storied appellation for our 2018 Cultivar Wine Cabernet Sauvignon, Oakville, Napa Valley. Our fruit comes from a family-run vineyard located directly on the valley floor. They have a long legacy in Oakville and produce only 1,000 cases on their own. Lucky winemakers like us get the rest of the fruit. That said, we only got our hands on enough to make about 80 cases.

Our delicious Cabernet expresses both the characteristics of the 2018 Oakville vintage and the personality of its valley floor location. The dark purple color is surrounded by a gorgeous garnet ring, reflecting the 100% Cabernet fruit inside. Surprising yet delightful fragrances of earth, moss, mushroom, and bacon delight the nose. The flavor profile is signature Cabernet. 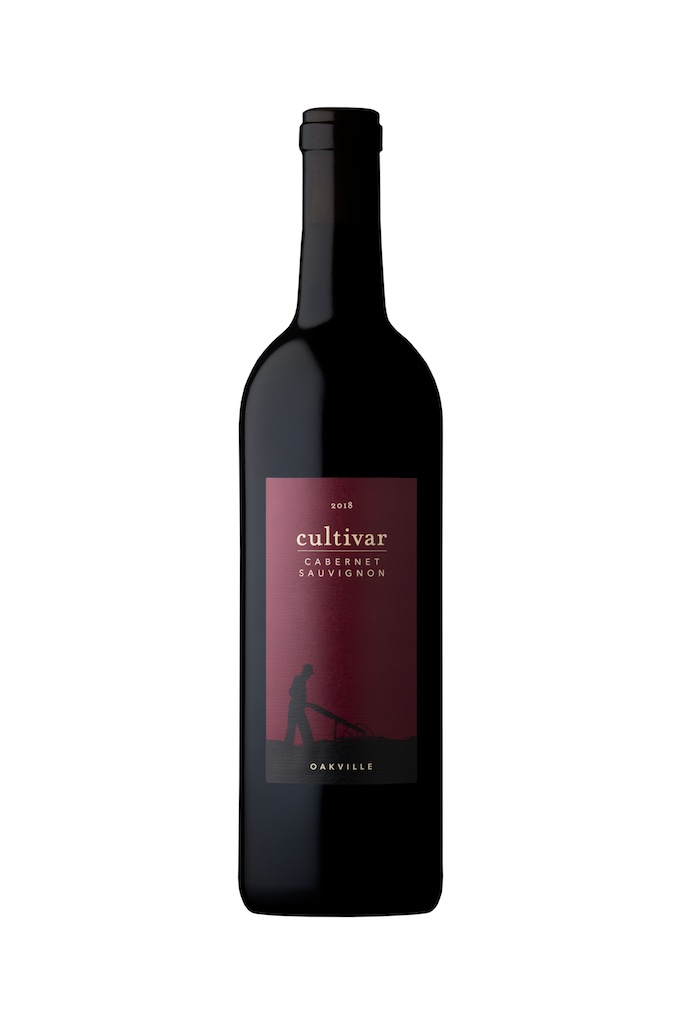 Cabernet Day On The Mountain At Leaky Lake Vineyard

Leaky Lake Cabernet Sauvignon is the only vineyard-designate Cabernet that Cultivar Wine produces. To reach the vineyard, it takes a long trip up a winding, mountain road—often with just one lane. Once there, you’re greeted by 3.5 acres of slopes, swales, and hills, all covered with gorgeous Cabernet Sauvignon fruit.

Cultivar Wine has been farming this land since 2007. That year, we replanted the vineyard with Cabernet Sauvignon from clone 191 and 337. These vines are known for good set along with small berry and cluster size. The clone is grafted to rootstock 101-14, which thrives in rocky conditions where water can be scarce. We have been using purely organic farming methods and techniques from the very beginning. The result is bold, powerful, and concentrated fruit, grown in a way that’s uniquely Cultivar. It’s the perfect fruit for Cabernet lovers who appreciate a sense of terroir and want to experience the development of a wine as it ages.

To bring out the best in this fruit, we turned to our Caspar Estate and Cultivar Wine winemaker, Julien Fayard. “The cabernet we grow there is extraordinary,” Fayard says. “I say it rivals any of the mountain appellations in Napa—Howell Mountain or Diamond Peak—for boldness and character.” Fayard presses whole clusters of fruit for Cultivar’s Leaky Lake Cabernet Sauvignon. He then transfers to 100% French oak for at least 24 months before bottling. “Even then, it’s good to allow the wine to develop in the bottle for another two years. This brings out the aromatics,” Fayard says.

That’s why the 2016 Leaky Lake Cabernet Sauvignon is our latest vintage. The 2017 and 2018 are now in bottle, and we expect to release the 2017 later this year. If you haven’t purchased the 2016 yet, you may want to get some in your cellar before it’s gone. We only produce about 80 cases!

If you’re like us, you know that every day is a great day to celebrate Cabernet Sauvignon. If you’re looking for the perfect bottle to celebrate, check out our full selection of Cabernets at our online store. 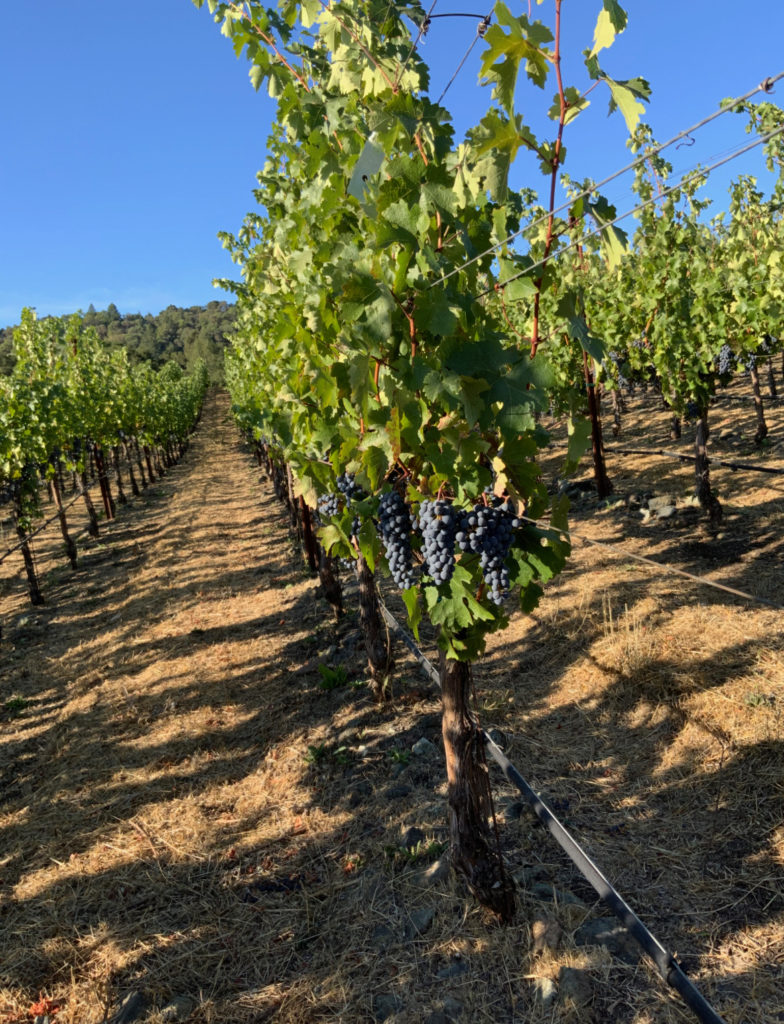 At Cultivar Wine, we’re driven to create the very best, small-batch, hand-crafted wines from the premier growing regions throughout the state. It’s our mission and our passion. So when we come up with something really special, we are thrilled to share it with you. That’s why this summer is so exciting. We’ve produced four extraordinary red wines that not only reflect the uniqueness of the vineyards they come from but are perfect for summer drinking.

If you’ve been drinking Cultivar Wine for a while now, you know that Pinot Noir is a recent obsession for us. We released our first Russian River Pinot Noir with the 2018 vintage, and are more excited than ever to offer our new 2019 vintage. Sourced from the same sustainably farmed vineyard as the 2018, this Pinot swirls with aromas of cherry, mushroom, earth, cola, mint, and eucalyptus. Subtlety is the key here, with raspberry, strawberry, and pomegranate gently flowing across the palette. The wine’s youth is reflected in the caramel notes of the oak, but the soft and lingering tannins through the finish tell you this wine is ready to be one of the best red wines of summer. 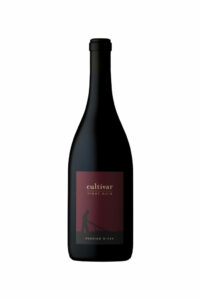 Pair this wine with grilled salmon, lamb chops with rosemary, and all your favorite summer salads. Light pasta dishes with Roma tomatoes, capers and olive oil are perfect with this Pinot as well. 2019 will be remembered as a season where the threat of frost during spring held the grapes back a bit. But that only created a lighter sugar content and a brighter acid profile, making this Russian River Pinot Noir versatile and delicious.

Did we mention we’re currently obsessed with Pinot Noir? This is another little gem you can’t resist. The wine shows the hallmarks of great Anderson Valley Pinot Noir, with equal parts lushness and beauty. Located about 100 miles north of San Francisco in Mendocino County, Anderson Valley is blessed with cool marine air, steep hills, and nearly-level alluvial terraces. This micro-climate and soil create perfect growing conditions for the thin-skinned pinot noir grape.

The first thing you notice about this Anderson Valley Pinot Noir is its distinct, pale ruby hue. The intensity it brings on the nose is mesmerizing. Waves of black peppercorns and stewed plums that swirl with classic mushroom and forest aromas. Each sip reveals subtle yet complex layers of Rainer cherries, mulled wine spices, cherry pie, anise, and dates. The finish is defined by a vivid acid that tells you this wine is made to pair with dishes like flatbread pizza with caramelized onion & ham, teriyaki salmon, herbed meatballs, and truffled pasta with seasonal vegetables like zucchini & tomatoes harvested straight from your garden. We recommend you decant this bottle or use an aerator to discover even greater complexity.

Our first bottling of Zinfandel,  Calistoga, the further-most appellation in Napa Valley, has long been prime Cabernet country. But we’ve always believed that the volcanic soil and often extreme temperature variations are perfect for Zinfandel. With a deep ruby color that borders on Blood Orange, our Zinfandel explodes with blueberry, muddled raspberry, chocolate, and lavender. It’s big fruit with a medium body and low viscosity. On the finish, the signature white pepper lingers, supported by delicate tannins and balanced acid.

Better still, 2018 was a near-perfect growing season that saw ideal weather conditions throughout the Calistoga AVA. Both bud break and flowering occurred a bit late, but still created plentiful and even fruit set. Summer brought generous sun by day and cool marine influences by night, with virtually no major heat spikes. This was followed by extended fall sunshine that created ideal conditions that allowed the fruit to accumulate flavor complexity. Enjoy this wine with grilled burgers, salmon, mushroom risotto, or a creamy corn dish.

This 2018 Calistoga Zinfandel is another reason it’s great to be a member of the Cultivar Wine Club. We only made enough for our club members to enjoy, and quantities are extremely limited!

Coombsville, the last appellation in Napa Valley to get its designation, is one of the most diverse AVAs in all the valley. A combination of both hillside and valley vineyards, the area has the unique combination of gravel soil, high temperatures, and a constant breeze off of San Pablo Bay. This brings a power and intensity to the Cabernets grown there that is unlike any other from Napa.

Our Coombsville Cabernet greets the nose with strawberry, dried roses, cardamom, and that signature gravel minerality. Soft and complex layers of plum, boysenberry, and licorice mingle with leather and tar on the mid-palate. This is followed by a lingering finish of subtle oak and fine tannins. 18 months in barrel and another two years in the bottle have softened this wine up beautifully. It’s light enough to sip on its own, yet bold enough to stand up to lamb stew or marinated tri-tip. Another five years in the bottle will reveal even deeper complexity.

If you’ve been looking for the best red wines of summer, look no further. Available at Cultivar SF by the glass or bottle Pick up a few of your favorites, or get a case and save an extra 10%. Let us know if you would like us to cold-pack your shipping!