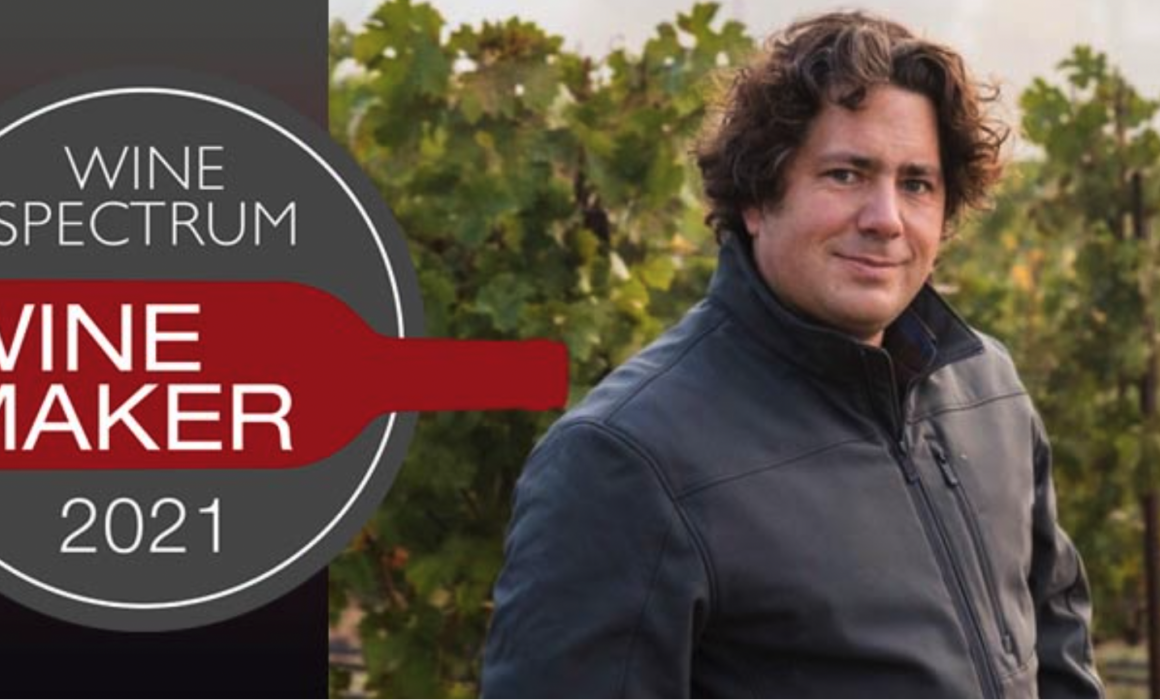 Caspar Estate is proud to announce that our very own Julien Fayard has been named as Wine Spectrum’s Winemaker of the Year for 2021. Known as the “terroir whisperer,” a 100-point winemaker, winery owner, and avid surfer, Fayard is one of Napa Valley’s most respected consulting winemakers. His two decades of winemaking experience have had an enormous impact on Caspar Estate’s Cabernet Sauvignon and Sauvignon Blanc, from where the vines are planted to how the wine is made.

Julien Fayard was awarded this same honor in 2016, making him one of the few two-time winners. The quality, consistency, and breadth of wines Fayard crafts made him a stand-out once again. He’s considered a “master blender” and continues to show his winemaking prowess through his own labels as well.

“We’re excited to honor Julien Fayard as 2021’s Winemaker of the Year. Julien’s wines are highly sought-after and a pleasure to taste.”

Originally from France, Fayard began his winemaking career producing quality rosé at his family’s winery in Provence. He worked at some of Bordeaux’s most noble wineries, including Lafitte Rothschild and Smith Haut Lafitte before relocating to Napa Valley. In Napa, he became Philippe Melka’s Director of Winemaking for eight years before launching his own projects and consultations. Fayard established his reputation as a winemaker with a light touch. He has an old-world sensibility, believing the soil, the climate, and the grapes should speak for themselves.

Julien Fayard is also the winemaker for Cultivar Wine’s only vineyard-designate wine, the Leaky Lake Vineyard Cabernet Sauvignon. A 100% cabernet grown above the fog line of Rutherford, Leaky Lake wines are a perfect match for Fayard’s winemaking sensibilities.  “The cabernet we grow there is extraordinary,” Fayard says. “I saw it rivals any of the mountain appellations in Napa—Howell Mountain or Diamond Peak—for boldness and character.” 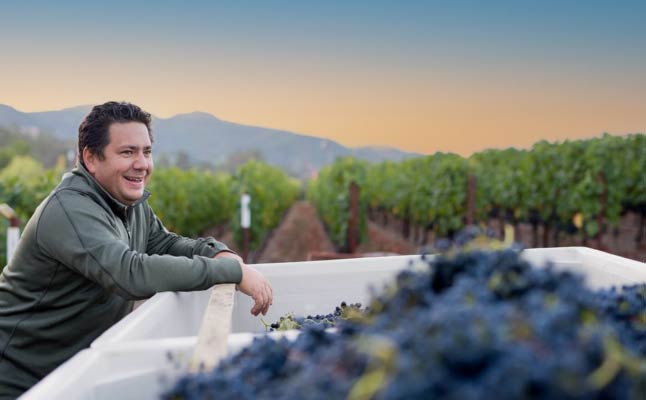 Fayard presses whole clusters of fruit for Cultivar’s Leaky Lake Cabernet Sauvignon. He then transfers to 100% French oak for at least 24 months before bottling. “Even then, it’s good to allow the wine to develop in the bottle for another two years, just to bring out the aromatics,” Fayard says.

This is one reason why the 2016 Leaky Lake Cabernet is our newest release. And at a mere 90 cases, it’s one of our most limited releases as well.

“As a winemaker, my job is to bring out the best qualities that the vines have provided. I don’t seek to make a style of wine but more so to make wine that sings of its place, its history, and its uniqueness,” says Fayard. “That’s my goal as a winemaker, to make wines that are pure expressions of their environment and not mask it. Wines with an identity.”

The Caspar Estate vineyard rests on a hillside overlooking Napa Valley. Planted above the Rutherford Appellation with an exposure 20 degrees off north. The site sees sun from early morning until late afternoon, ensuring even ripeness of the grapes. Cool nights help to develop firm tannins and fresh acidity creating remarkable structure and balance in the finished wines. Our rocky serpentine soils benefit from a mineral deposit rich in iron and magnesium. This distinctive mineral deposit provides layers of complexity and flavor to wines unique to our site.

Caspar Estate & Cultivar Wine is proud of all of Julien Fayard’s achievements. And with one sip of Caspar Estate wine, you’ll taste exactly why.

Caspar Estate wines are available by allocation only. To become an Allocation Member, click here for more information. 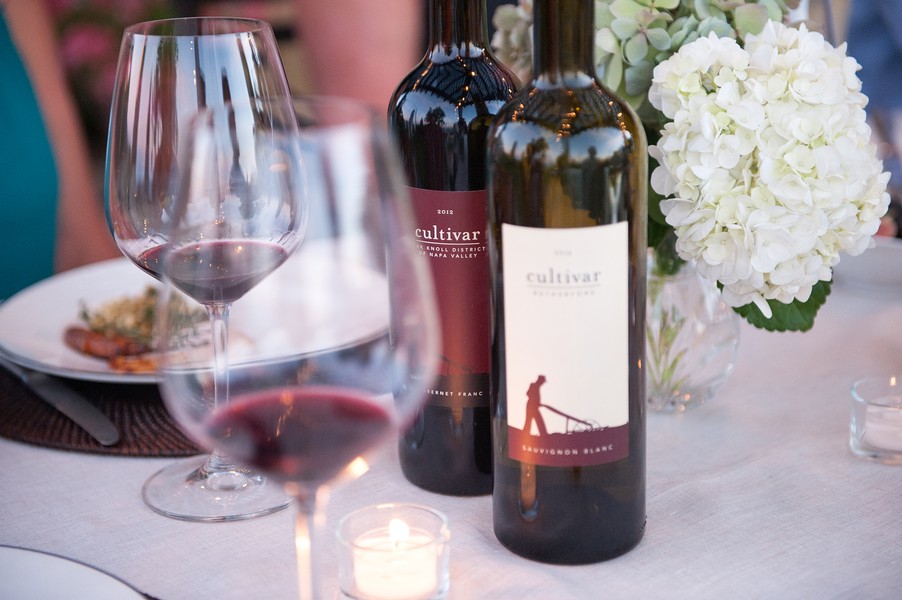 With all that has happened the last 2 years, we are feeling very grateful for so many things that we used to take for granted. We are grateful for electricity, for rain, clear skies, sunshine, clear air, for firefighters, for our health, for the healthcare workers, for the grocery store workers, for the restaurant workers and for our team, our family and all of our blessings.

Show your gratitude to all the people who make a difference in your life. We’ve created a wide selection of gifts for under $100, so showing your appreciation has never been easier.

Everyone loves our Caspar Estate Honey and our Caspar Estate extra virgin olive oil. Wrap them up with a bow and spread the cheer! It’s perfect for teachers, postal workers, family doctors, and anyone who has gone the extra mile for you. 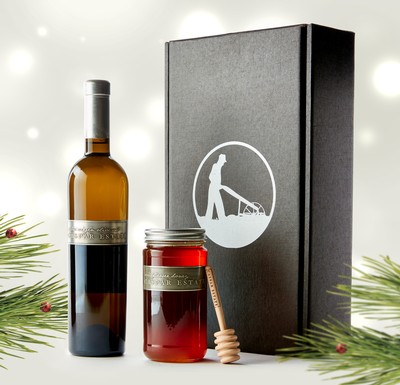 Available in a gift box together ($50.00) or as individual items.

Need to up the game a bit but still don’t want to give wine? Check out our Caspar Estate Collection of Honey, Olive Oil and a Candle. $69.00 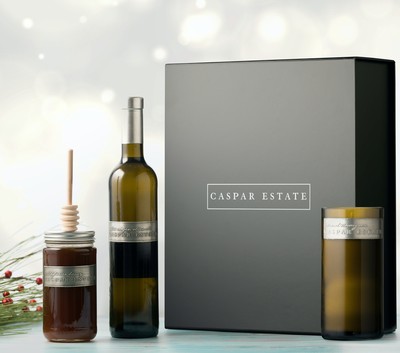 Have a Napa Valley wine lover on your list? We have many options. The Napa Pair is the perfect introduction to Cultivar Wine. One bottle each of our 2020 Sauvignon Blanc, Napa Valley, and 2016 Field Blend, Napa Valley, in our iconic Farmer’s Plow gift box. $55.00 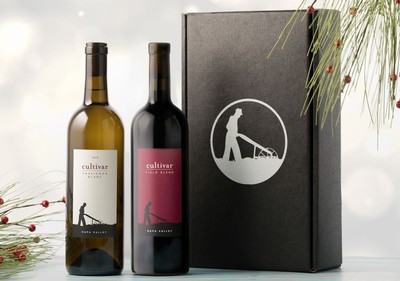 One of my favorite gifts this year is the Port Wine Gift Set. It’s perfect for the dessert wine lover! Two bottles of our 2014 Alexander Valley Port in a beautiful embossed gift box. Featured in 750ml bottles, it also makes an exquisite gift for chefs who love to create reductions, salad dressings, desserts, and more. $85.00 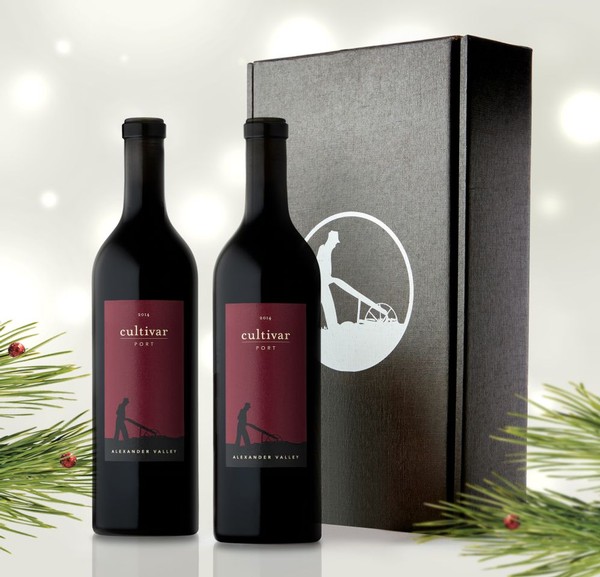 The one thing all of us are hearing is that we need to ship our gifts and wine for the holidays early. Here are our deadlines. Cheers!